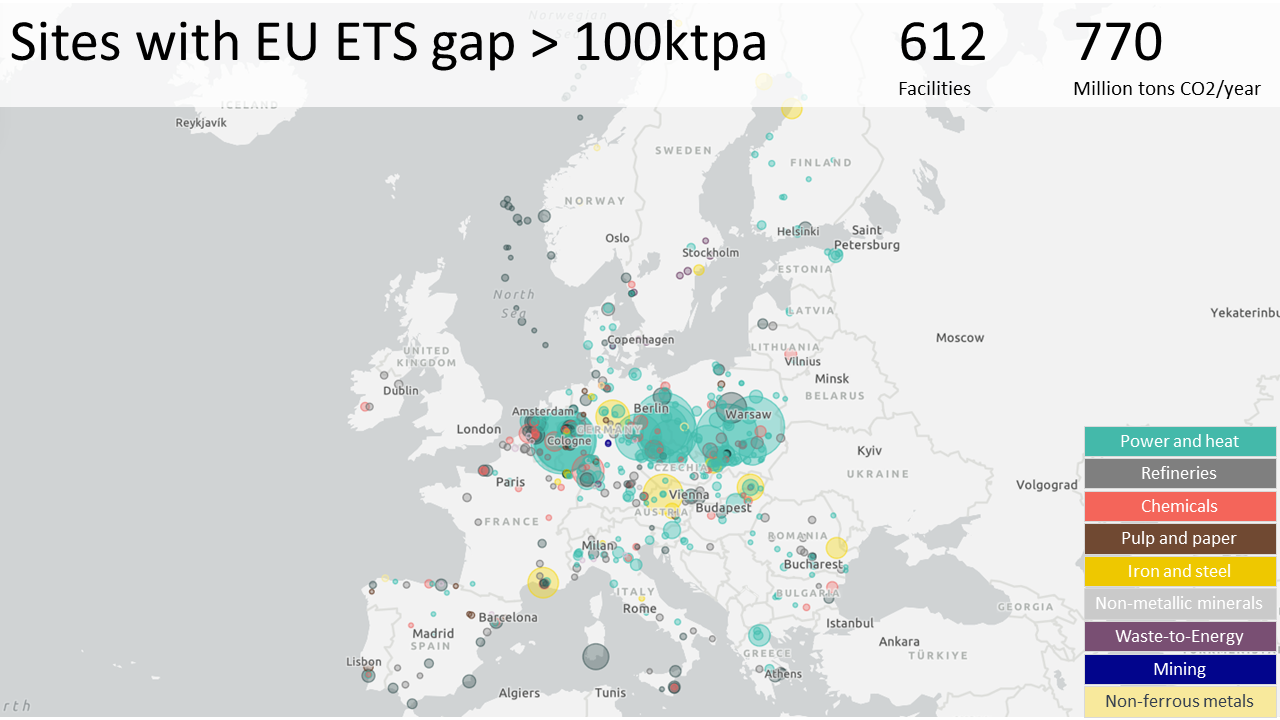 The EU emissions trading system, also known as EU ETS, is a cap and trade setup of emission allowances for the power generation sector and energy-intensive industry. As a tool in the tool box of emission reductions, think of it as the EU’s biggest hammer, covering about 40 % of the EU’s total CO2 emissions. And the hammer is about to get bigger.

What are the latest changes?

The EU Council and Parliament have now reached a provisional agreement (meaning pending formal adoption in both institutions) to tighten the reins. There are many details in the package, but some of the headlines include:

Great! But, what does it mean?

Admittedly, this is all a bit geeky. But, in short, the polluter pays principle just got more serious. Going forwards, the reduction of allowances means that it’ll be increasingly costly to emit CO2. And that’s a good thing because companies will be able to strengthen their business cases for emission mitigations.  It’s a great foundation to build projects around energy efficiency, phasing in renewable energy, fuel switching including hydrogen as well as carbon capture.

Who’s going to have to move on this?

Well, everybody in the EU ETS, really.  Using CaptureMap, we’ve identified all those sites that as of 2021 have more than a 100 000 ton gap between their free allowances of CO2 and what they actually emit each year. In total we find 612 facilities, 770 million tons of annual CO2 emissions, and a total gap of 527 million tons between what they emit and their free allowances.

Is that worth anything?

Oh yes. As a first ball park, let’s use the most recent EU ETS carbon prices. Ember has a nice dashboard of the EU ETS Futures Prices, shown in the illustration on the right. On December 19th, 2022 it traded at 84 Euro/ton.

Let’s multiply these two together. 527 million ton gap at 84 Euro/ton gives about 44 billion Euro – every year. Now, if that’s not a decarbonization opportunity for you, I don’t know what is.